Sports have always been male-dominated. The Olympics didn’t include women until 1900 and some sports still don’t allow women. Neither baseball nor football, two of the United States’ most popular sports, have a women’s league or a modified version of the sport.

Professional female teams rarely receive the same treatment as their male counterparts or garner the same amount of coverage for their achievements. Male sports dominate TV; female sports are in the limelight only on special occasions.

The US women’s national soccer team has won three world cups, making them more successful than the men’s team, yet the average salary on the men’s team is 564% higher than the women’s. The men enjoy private charters while the women fly on public aircraft and receive significantly less media coverage overall.

In the NBA the minimum salary is around $850,000. Lebron James will make $35 million this year and Seth Curry will make $38m. In the WNBA the maximum salary is only around $110,000. Outside of the sport world, there has been greater movement to close the gender wage gap.

There are differences in the treatment of men and women around the world, not just in the US. Some countries, Saudi Arabia for one, even have laws restricting the rights of women. In Israel, women earn only 78% of what their male counterparts holding the same positions make on average. Religion plays a larger role in Jerusalem than it does in Tel Aviv; this can be seen in dress and gender roles.

There is a group of women now in Jerusalem attempting to shake things up and change the paradigm of gender equality for their community and for their sport.

The Jerusalem Skater Girls group is comprised of female skateboarders who support, mentor and empower women through the world of skateboarding. They assist female skaters across Israel to receive the support they need to be successful in skateboarding and in life. Through selfless relationship-building to finding support from local skate shops, the JSG has had a significant impact in the lives of countless women in Jerusalem and across Israel.

The Jerusalem Skater Girls group was founded by Paola Ruiloba and Maayan Levi in 2010. Ruiloba was born and lived in Panama until she, her mother and sister moved to Israel in 2005. Levi, a Jerusalem native, has lived in the country her entire life.

Ruiloba and Levi went to the same high school in Jerusalem, where they discovered one day that they had a common interest in skateboarding and held the same views on what the sport was lacking in the realm of equality between the boys and the girls. Levi invited Ruiloba to the local skate park in Sacher Park after school that day, and from then on their skateboarding lives were inseparable.

In 2013 after her army service, Levi traveled to Argentina, where she met a group of girls called the Skatechikar (Skater Girls) that built their own community to support their fellow female skaters. It inspired Levi to do the same in Jerusalem, where values and traditions can be more difficult to overcome. The Skatechikar brought Levi to a skateboard competition featuring both men and women skaters, something Jerusalem did not have eight years ago, where she finally took part in her first such competition.

There is a peculiar way in which this sport bonds people, and the Jerusalem Skater Girls use this to their advantage. Skateboarders say this bond comes from the camaraderie of conquering obstacles, the freedom you experience and spending the day together at skate spots with like-minded individuals.

“When I met the Skatechikar, we immediately bonded through skateboarding. It’s not just a sport; it’s a culture. After skateboarding in Israel for my first two months, I was introduced to and already met almost everyone who skates in Israel just by traveling around to different parks and skate spots – the community is just like that,” explained Levi.

Coming home after her experience with the Skatechikar, Levi met with Ruiloba. The two decided to use their own team made up of female skaters to represent the Jerusalem area and create their own skate competitions to feature girls as well as boys.

They also created a program where they mentor the youth in the city and lobby for support for the female community – creating a better environment for the generation to come and becoming role models to young girls everywhere.

“The JSG was founded to unite the few female skateboarders in the country today, while encouraging more girls to skate,” says JSG member and Karmiel native Noa Katz. “We only unite and build a community; the girls we [mentor] start their journey all on their own, the credit is all their own. No one pushes them to start.” The Jerusalem Skater Girls do, however, guide the young skaters through every step of their journey.

“The boys get all the support from the local shops, they are shown in all the videos and all the competitions are made for them,” says Ruiloba. “We wanted to create a team to support the girls.”

The two founders visit skate parks and skate spots, mentoring mainly young women, but at times they also assist more senior members of the skating community living in Israel. They have become popular and noteworthy activists in the community and for female skaters across the country.

The JSG spends time building relationships with these girls, sharing knowledge, helping them with whatever they need – from instruction to trying new tricks to life problems. Skateboarding provides them with a sense of freedom in a place where people generally reluctantly or willingly conform to the same religious laws and views. Ruiloba noted, “In a city where sometimes being yourself isn’t all that popular, we want to give these girls the support they need to be themselves.”

“Most of my energy is for the young girls; it makes me [happier] to help the little girls and see the look on their face when they land a new trick or achieve one of their goals in life or skateboarding,” Ruiloba says. “It is important to inspire girls; that is my fuel and my energy. Girls need to believe they are good enough [to do anything]; thinking you are not will drag you down.”

The Jerusalem Skater Girls seek to inspire young girls to “listen to their inner voice and not be scared to skate or to be themselves [but instead] become a better version of yourself.”

The focus of the JSG is to support the community of female skaters in Jerusalem, even though they have expanded across the entire country. As a religious city, there are a lot of internal pressures working against citizens of the capital, particularly religious norms. Ruiloba says, “Empowering girls in Jerusalem is proof the city can change and people aren’t all the same.”

Apart from mentoring, the JSG works on getting support from local skate shops for female skaters and holds competitions for both men and women, the most recent one last summer drawing more than 100 contest participants. The members also shoot and feature videos on their various channels of up-and-coming female skaters.

Due to the hard work of Levi, Ruiloba and the rest of the JSG to gain equal treatment in the sport, most competitions in Jerusalem and in Israel now feature a women’s section and a men’s section, but there is still more to accomplish. The competitions, other than the one held by the JSG, do not feature equal pay for the genders. The JSG hopes that by setting an example of equal pay at their competitions, the others will follow suit.

Recently, both founders of the team have been sponsored by local skate shops and have achieved the same for many members of their team. Every year they introduce more girls to the JSG, conquer new tricks and find new spots.

From their grassroots beginning, the Jerusalem Skater Girls are now drawing international attention. The group has been interviewed and featured in US publications, skate magazines around the world and on a US cable documentary about the skateboarding scene in Israel.

Their vision has blossomed into a reality. While their focus remains in Jerusalem, they have attracted skaters from across the country. With skaters hailing from all regions of the country, the future is bright for this group of young women.

The female skaters have always had the respect and appreciation from the male skaters in the skateboard community, a very open and welcoming group.

“We definitely skate with the boys; don’t get me wrong. They are some of our best friends – but the group is just for girls,” says Levi.

The JSG has achieved progress on their immediate goals, but there is still work to be done. They continue to be pillars of the community for young girls, helping every way they can. While they might not make headlines with their tactics and probably don’t get the appreciation they deserve from the community, their actions have not gone unnoticed.

The founders say that their goal would be easier to achieve if it were in Haifa or Tel Aviv due to the religious nature of Jerusalem, but they know this is where they can do the most good and find a divine element in the challenge. Therefore, they focus on helping and mentoring the girls of Jerusalem – not to encourage the girls to escape their lives or to change their religious observance, but to help them have fun skateboarding and be successful individuals.

The Jerusalem Skater Girls continue to draw positive attention as role models and powerful members of the Israeli skateboarding community. They are definitely on a roll. 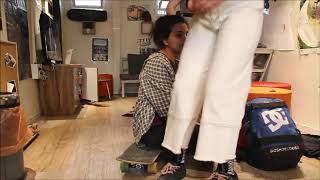 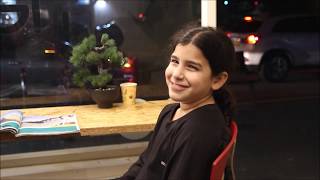 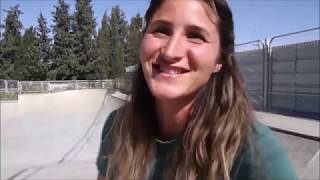 Jerusalem Through the Eyes of a Skater-Girl from Jerusalem 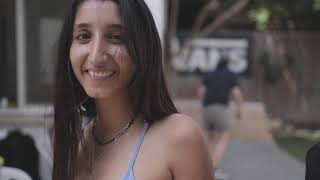